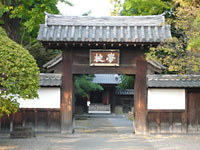 Ashikaga, a Town with Abundant Natural Beauty, History, Culture and Flowers
Ashikaga is known as the birthplace of the Ashikaga clan, a shogun family in the Muromachi Period. Along the stone-paved streets, there are historic sites of the Ashikaga School, which is said to be the foundation of a school for the original Ashikaga family and is designated as a Japan Heritage, and the Banna-ji Temple, whose Main Hall is designated as a National Treasure. Kurita Museum, which possesses a world-famous collection of Nabeshima wares of Imari, and Ashikaga Flower Park, famous for its large wisteria trellis spreading over a large area and illumination, are also found here. These attractions are always bustling with visitors. Ashikaga is described as a historic and traditional “Little Kyoto in Eastern Japan” with the pristine Watarase River and abundant nature with green mountains. 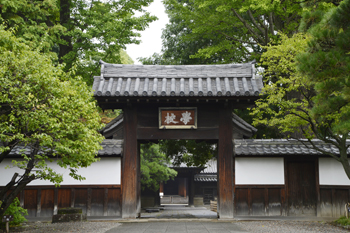 Ashikaga School is known as the oldest school in Japan whose remains were designated as a national historic site in 1921. Various theories exist about how the school was established, but one assured historical record states that Norizane Uesugi, the shogunate deputy for the Kanto region, restored the school in the Muromachi period and the school prospered for many years with as many as 3000 students. Francis Xavier, a missionary from the Society of Jesus, voiced his admiration for the school in 1549: “The largest and the most famous school in Japan.” The second generation Gensei Ashikaga Clan, Yoshikane, built a Buddhist worshipping hall within his residence property in 1196 and enshrined the Dainichi Nyorai as his guardian. Later, the third generation, Yoshiuji, extended the temple complex and made it as their family temple.
Surrounded by earthen walls and a moat, the temple premises have an almost square form which retains the atmosphere of an old samurai residence in the Kamakura Period (12-14th century). The Old Site of the Ashikaga Clan Residence was selected as a national historic site in March, 1922 and the main hall was designated as a National Treasure in August, 2013. 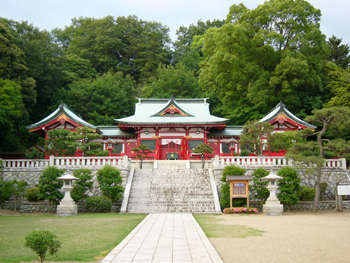 This shrine enshrines the guardian deity of the Ashikaga region which flourished as a textile town with 1300 years of history. The shrine is also worshipped as a place to pray for the prosperity of the local industry and romantic match-making.
It was built in 1879 but burnt down in the following year. The shrine hall was later reconstructed over a period of three years from 1934. It was rare architecturally for a shrine hall as it is built with reinforced concrete.
The vermillion shrine hall looks beautiful surrounded by trees. A fine view of the Kanto Plain can be enjoyed from the precinct.

Access A 25-min. walk from JR Ashikaga Station or Ashikagashi Station on the Tobu Line 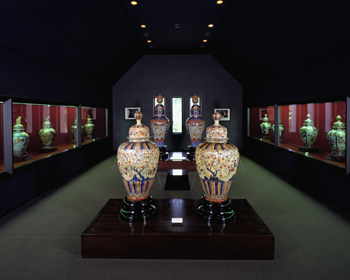 The museum is one of the best museums in the world featuring the fine ceramic works of Imari, Kakiemon and Nabeshima. In the suburban area of Ashikaga City, the museum buildings are scattered amongst the huge property (approx. 10,000 square meters) and people from around the world are fascinated with the masterpieces of ceramics. 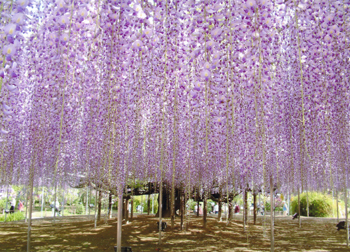 Large wisteria trees and seasonal plants welcome visitors to this “Paradise of Flowers and Light.” More than 350 wisteria trees are in full bloom in spring such as a large wisteria trellis (as large as 600 tatami mats) which is 150 years old. The evening illumination held from late October to early February is magnificent and it is considered as one of the three best large-scale illuminations in Japan. Over 1.5 million visitors enjoy the seasonal natural beauty in the park every year. 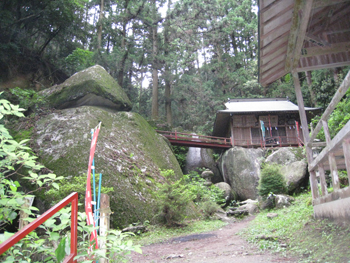 Agminated gigantic rocks are something that is rare to see in Japan. Nagusa Rocks are particularly unique due to their “Onion Weathering” which occurs only with granites. There is a shrine hall where the Benten deity of Nagusa is enshrined and many large and unique rocks are placed around it such as a huge rock which is 11 meters high and 30 meters in diameter, through which people can pass. A pure stream runs under the rocks and visitors can enjoy relaxing moments surrounded by nature. The Armor New Year Welcoming started about 750 years ago, in the mid-Kamakura period. Yasuuji Ashikaga (the 4th generation head of the Gensei Ashikaga Clan), the grandson of Yoshikane Ashikaga, gathered 500 Bando samurai wearing armor at the Nandai-mon Gate of Banna-ji Temple in order to solidify a bond within the clan and to flaunt their power. On the day of Setsubun, local people disguised as Bando samurai wear armor and samurai warrior helmets and make sounds with conch shell horns and drums. They parade along the city’s main street and recreate a historical scene.

Late April-Early May
Central part of the city 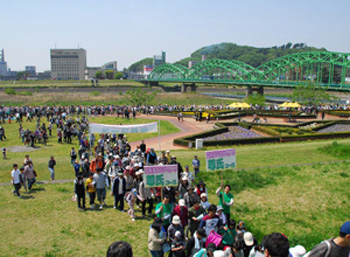 Various kinds of events, such as “Machinaka Walk,” are held in different parts of the city around the first week of May. This is the festival held on the June 1st, the first day of the climbing season at Otoko Sengen Shrine (upper shrine) and Onna Sengen Shrine (lower shrine). The festival is said to have started over 400 years ago. Babies who were born during the previous year come to the shrines to receive sacred stamps on their foreheads and for their families to pray for their healthy and good life. The name of the festival, “Petanko,” represents the sound made when the stamp is put on the baby’s forehead. 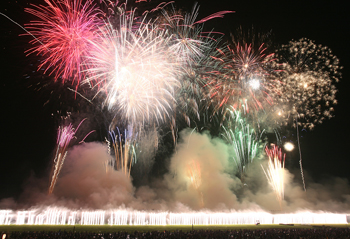 The Ashikaga Firework Festival marks the climax of the region’s Ashikaga Summer Festival. It started in 1903 and thus has a more than century-long history. It is one of the largest-scale firework events which is called “Summer Evening Fun with 500,000 People.”
A number of visitors from around the Kanto region come and enjoy it. Over 20,000 fireworks, some are with special tricks and others are extraordinarily large, will be displayed in the night sky. From late July to the first Saturday of August, various kinds of events are held such as Ashikaga Firework Festival, Tanabata Festival, night stalls, live music and more. 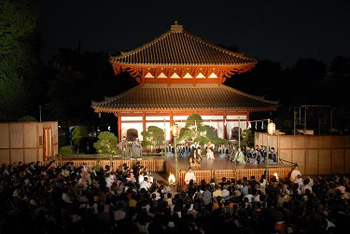 The elegant traditional performance, Noh, which originated in the Muromachi Period (14-16th century) is performed in the evening as Takigi Noh (Noh with torch light) at Banna-ji Temple, which has strong connection with the Ashikaga Clan.
The third Ashikaga Shogun, Yoshimitsu, loved and supported four Sarugaku groups (the original form of Noh) which largely contributed to have the aesthetics of Noh completed.
In the Ashikaga Takigi Noh, either the Hosho School or Kanze School performs in turn while the Izumi School performs Kyogen. 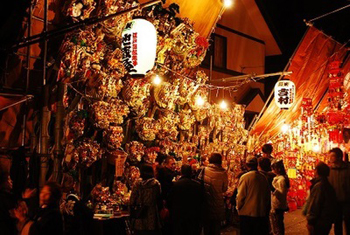 A part of the grand deity enshrined at Nishinomiya Shrine located in Settsu Province is enshrined at this shrine. During the Ebisuko, a number of stalls stand on both sides of the approach and compete to attract customers. Kagura traditional dance will be performed in which Ebisu and Hyottoko will dance along to the sound of whistles and drums. 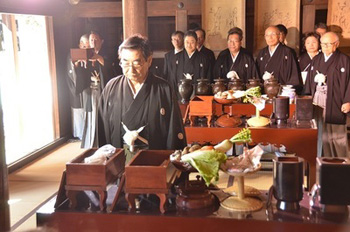 This is a ceremonial rite to honor Confucius and his high-ranked disciples. It is one of the few rare rituals of this kind remaining in Japan today such as the one at Yushima Seido Temple in Tokyo. Indigo Dyeing in Ashikaga
This studio uses only natural indigo dye. Indigo fabrics have an insect repellent and antiseptic property. An indigo dyeing workshop is offered once a month (reservation necessary). 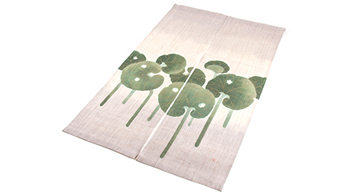 In the famous “Tsurezuregusa,” an essay written in the Kamakura period, one of the chapter says that Yoshiuji Ashikaga presented the Regent Tokiyori Hojo plant dyed textile around 1250. It attests that plant dyeing was popular in the Ashikaga region in those days.
Natural plant dye (Kariyasu, Shikon, Kihada and others) can produce simple yet warm colors. “Koin Monaka”
This is a specialty of Ashikaga. This cake’s motif is based on Koin, an old mark or sign and seal used in Ashikaga School or Banna-ji Temple. Traditional bean-jam-filled wafers with a crispy, good smelling thin wrapping of dough.
Available at: Koun-do main shop
Address: 2570, 4-chome, Tori
Tel: 0284-21-4964 “Coco & Farm Winery”
The wine is made with a great deal of deliberation and time by students in “Kokoromi School”, a support facility for people with disabilities, who are proud of its quality. The quality is attested to by the fact that the wine was served at the “Okinawa Summit” and “Toyako Summit”.
Address: 611 Tajima-cho
Tel: 0284-42-1194