Tsuwano has long been known as a Little Kyoto in San-in, the area of which Shimane Prefecture is a part, and lies in the southwestern part of the prefecture with approx. 8,000 inhabitants. More than 1,000 houses were once concentrated in the town’s small central area clustered around the castle. With the Nishiki River (aka Tsuwano River), Mt. Aono to the east and Mt. Shiro to the west, Tsuwano is set amongst magnificent natural surroundings. The first lord who governed the area was Yoriyuki Yoshimi whose governance started about 700 years ago. The Yoshimi Family ruled for the next 14 generations and then the Sakazaki Family took over for just 16 years. After this, the Kamei Family came and settled in the castle for the next 11 generations. 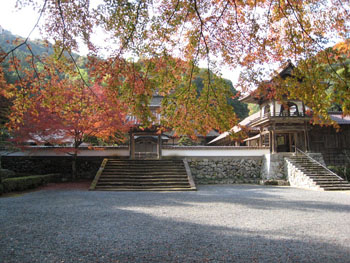 Here can be found the graves of a number of famous people including the Sakazaki Dewa-no Kami and Ogai Mori, a famous author. Commanding a fine view of the whole town; cherry blossoms in spring and colored leaves for autumn. One of the five most important sub-shrines of the Inari Shrines in Japan. Widely worshipped by the people as the deity of good luck. 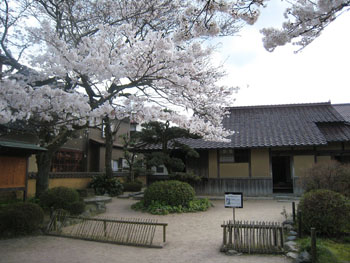 Ogai (Rintaro) Mori is one of the most renowned scholars and authors in modern Japan. This is the house where the young Ogai spent his childhood until he was eleven years old.

Access A 6-min. by bus from JR Tsuwano Station 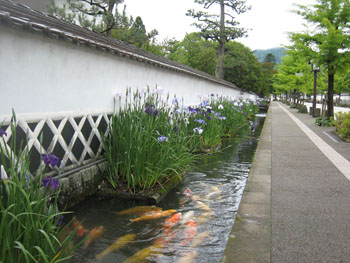 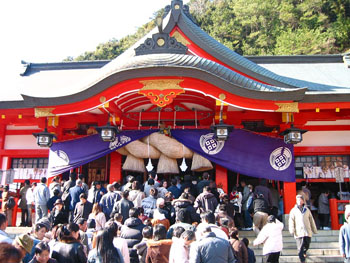 The first ceremony of the year to pray for safety in the coming new year. A large number of people from around western Japan come for their first shrine visit of the year. 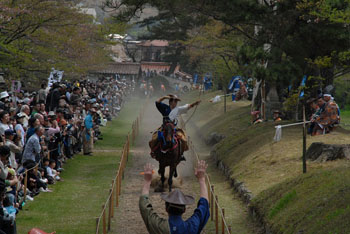 Under the fully blooming cherry blossoms, a traditional Yabusame (acrobatic horse riding skills in which a rider shoot arrows from the back of the running horse) in the Ogasawara style will be performed. 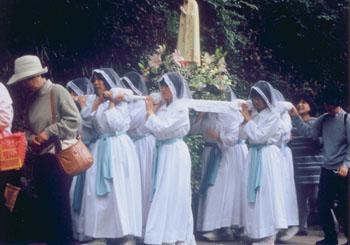 A procession of Christians starts from a church in the Tono-machi area heading to Otome-toge. A mass is held outside the St. Mary’s Chapel. 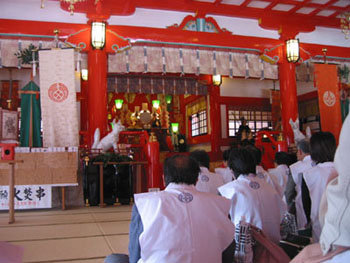 A large spring festival in which people pray for a good harvest and business luck. Sagi-mai is a traditional dance which has been designated as a National Intangible Important Cultural Property. The dance will be performed at several places in the town. The children’s dance is very cute. 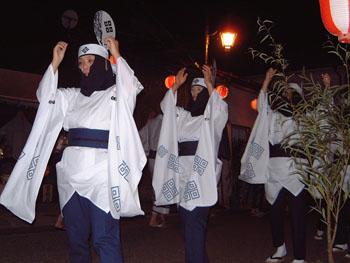 Tsuwano Odori, a traditional dance designated as an Intangible Important Cultural Property, is one of the Nenbutsu dances (Buddhist dance and chanting) which have been passed on since the Muromachi period. 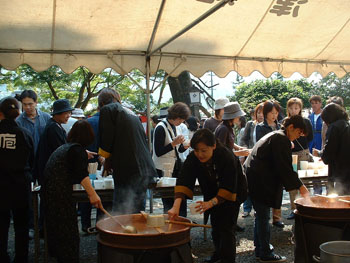 Imo-ni is a hotpot dish which uses Japanese taro (a kind of potato). People enjoy hot Imo-ni and local sake together. Traditional sweets invented in the Edo period. Sweet red bean jam is wrapped in a cake. 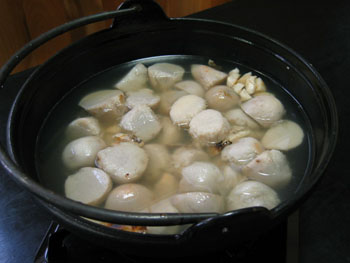 Sato-imo (Japanese taro; a kind of potato) grown in the volcanic ashes are cooked in a large pot with grilled sea bream. One of the three most famous Imo-ni in Japan. Carrot, shiitake mushroom, tofu and other toppings are placed under rice in a bowl and savory broth is poured over them. Mitsuba herb and wasabi complete the dish. There are three traditional sake breweries still in operation today that have inherited their skills from former generations.